The Wolves of Vinland

Thanks to an interview hosted by Piero San Giorgio with Jack Donovan, I recently discovered a fascinating organization that has really caught my attention. Going by the name Wolves of Vinland, the organization describes itself as a “tribe of folkish heathens”. Based out of several chapters in the United States, with the main one residing in Lynchburg, Virginia, the Wolves were started by two pairs of brothers who were originally active in the black metal show scene. As time passed, what began as a monthly Norse-themed musical event eventually grew into a full-fledged movement.

This “tribe”, as they refer to themselves as, fascinates me because quite frankly they really don’t seem like they’re just fucking around. We’re not talking about a bunch of live action role-players here. Their belief system is rooted in primitive Germanic mysticism and spirituality. An underlying driving force of the tribe seems to be a strong pro-European motivation. The reverence and preservation of European ancestry, as well as the culture, history, and beliefs of old Europe still burn brightly for some in an increasingly globalist world that seems bent on destroying this identity. Its members, both active and prospective, aren’t simply comprised of testosterone fueled men merely looking to escape the modern grind of nine to five through a sort of boy scouts for grown ups. Women and children are an integral part of the movement. These are people with families, working towards a future of their vision. 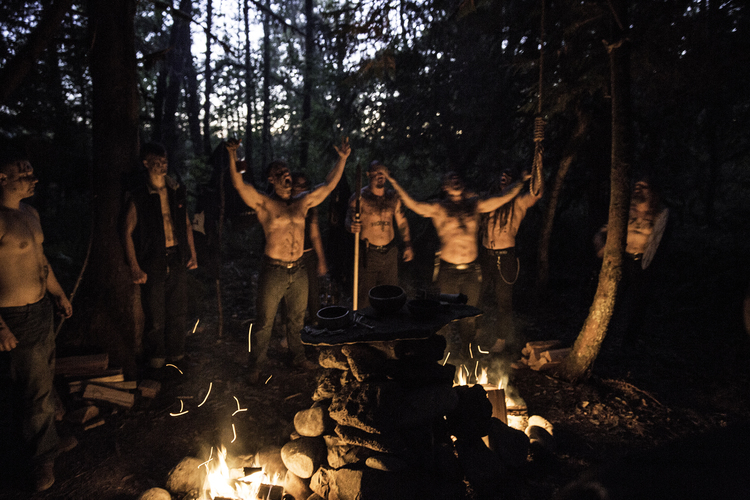 The Wolves of Vinland don’t just talk – they do, which is an unofficial mantra of the tribe. They prioritize fitness of both the body and the mind, personal improvement, immersion in nature, group activities, social bonding, and the practice and reverence of old customs and traditions rooted in European culture. Having reviewed images and videos of the tribe’s gatherings, one can clearly see a high level of personal investment in its members. They are currently collaborating on the construction of a large lodge on the tribe’s main property, called “Ulfheim” (Wolf’s Home). The Wolves are largely comprised of blue-collar, practical hands-on types, so this is no surprise. They are literally building the makings of a thriving community. 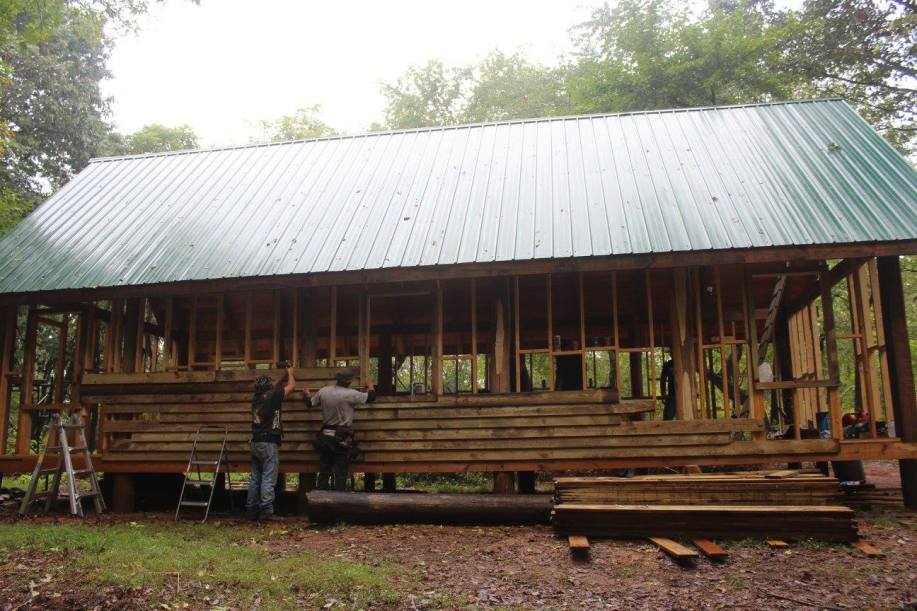 They take physical fitness serious, and have outdoor training facilities built into the layout of their camps. Videos on YouTube show the tribe’s commitment, carried out in a primitive yet effective fashion stemming from the Centurion Method (which is apparently difficult to find a physical copy of these days). The tribe is known for the frequent hosting of friendly sparring matches among its members, largely considered a rite of passage that tests the will and builds character. This reinforces the organization’s stance as not one for the meek. Earning membership can take anywhere from 6 months, to years if need be. First you must endure trials as a prospect, and then an established member must vouch for your eligibility to join, which is referred to as becoming a “patched” member.

Their practice of ritual hearkens back to ancient European heathen practices, something that is itself somewhat shrouded in mystery through centuries of obscurification by time itself, and with a little help from Christianity as well in that regard. There seems to be debate among some observers of Paganism as to how authentic the Wolves of Vinland’s practice of old European Paganism/Heathenry really is. Who is to say whether or not the accuracy of their adherence to “true” historic Paganism/Heathenry reflects the sincerity and authenticity of their intent and end goals though? The basic principles can be considered largely one and the same. Strength, Wisdom, Honor, Loyalty, Culture, and Brotherhood (and Sisterhood too) to name a few. They evoke the notion of either a new… or revived breed. A sort of neo-pagan movement and lifestyle. Their lands are dotted with runic symbols. They congregate together in “moots” around roaring fires while chanting, humming, and drinking home-brewed concoctions like mead. They perform rituals such as “Baldr’s Funeral”, where the effigy of Odin’s son is set afire within a pyre ship. 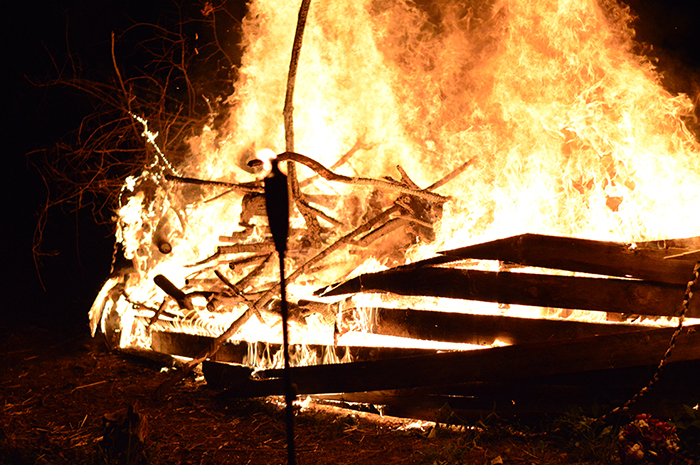 Their end purpose would seem to be escapism from the modern paradigm of existence, united under a common belief, and a common ancestry, at least in a somewhat abstract sense, if not literally. Their members do not seem to consist solely of ethnic Swedes or Germans for example, but rather that of European ancestry as a whole. By all indications, the Wolves do the necessary work to ensure that their integrity goes uncompromised. They work for and maintain a tight operation to ensure that through their solidarity, they are and will be prepared for what they believe will come – a societal breakdown of the modern world stemming from globalist corruption and the ensuing sellout culture.

Anyone in their right mind can’t help but admire that kind of solidarity. The kind that stays true to roots, while growing their own, and holds steadfast against the forces of globalization that threaten to sabotage ethnic and cultural pride.

One thought on “The Wolves of Vinland”